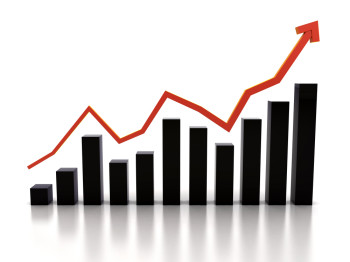 Corporate blogging is more than an SEO best practice. However, brands do themselves a disservice by thinking about content creation as a pure SEO play to increase search signals and generate traffic. It’s a proven way to reach bottom-of-the-funnel goals as well. In fact, 43 percent of companies revealed they generated customers through their blogs last year, according to HubSpot’s data.

The results we saw with one client in the health IT field demonstrates just how successful blogging strategies can be in terms of bringing in more traffic, but also qualified visitors who are more likely to convert.

By publishing near daily editorial pieces, using a variety of Brafton’s formats, the company’s website had 175 percent more new visits compared to the number of first-time readers in Q4 2013 with those from the same period in 2012.

This means that in the course of a year, the brand’s custom content was reaching untapped consumers who might be interested in the company’s offerings and enticing them to visit the page.

In addition to building a bigger audience of new readers, the site managed to draw its existing prospects back. Comparing Q4 data from 2013 and 2012, the site also generated 177 percent more visits overall. When a site sees these kinds of metrics – higher traffic from new and returning visitors – it’s a signal the on-site content reaches prospects throughout the sales funnel, while compelling prospects to return time and time again for more information.

As the final piece of the puzzle, the client also saw strong conversion metrics. Although the site only began tracking conversions during the second half of Q4, the power of blog posts was still proven with limited data. Traffic that touched the news and blog posts on the site accounted for 25 percent of all goal completions, measured by the number of visitors who went on to request demos after reading these posts.

Through regular content creation, the company successfully pulled more consumers into its sales funnel and organically nudged them toward conversions.